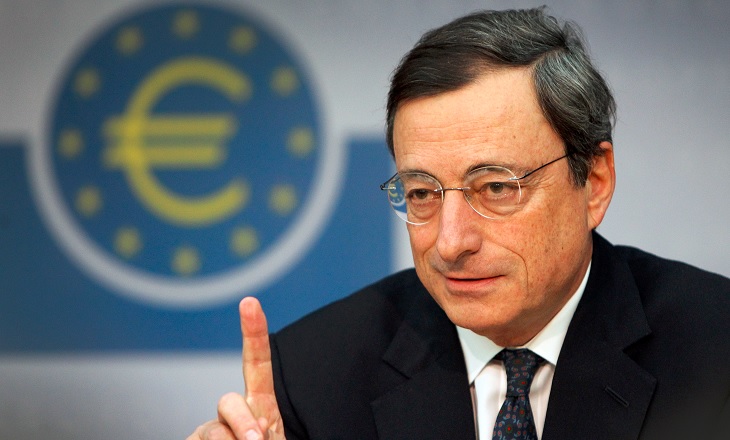 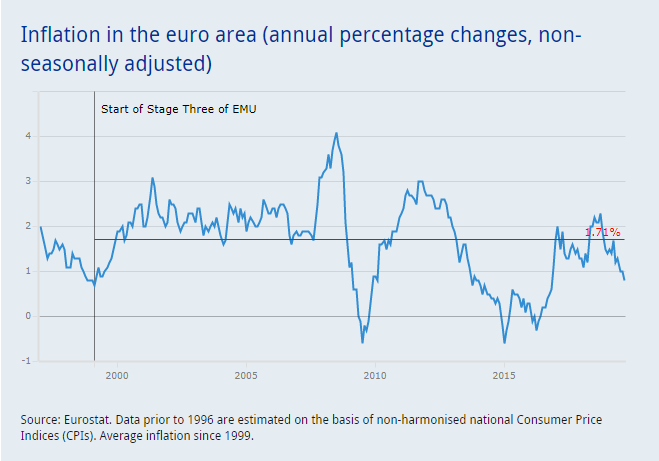 Eurozone headline inflation has been consolidating lately around 1.0% levels and fell to 0.8% in September, lower than in the early months of this year, when it was around 1.5%.

Perhaps this can be explained by the decline in energy prices. But overall inflation readings are still not promising. While indicators show limited increases in labour costs supported by improvements in labour markets, it is understood that the impact of these gains on inflation may take longer. Given the latest ECB economic forecast, annual inflation in the eurozone could be 1.2% in 2019, 1.0% in 2020 and 1.5% in 2021.

The ECB’s last meeting in September saw a package of unconventional measures where the rate of deposit facility was cut to -0.5% from -0.4%.

In an attempt by the European Central Bank to push banks to more lending instead of depositing excess liquidity with the central banks in the euro area.

Taking into account that the ECB has added a two-tiered deposit facility mechanism. We can explain it as the following, If the bank maintains a surplus of reserves that exceeds six times the required reserve, the negative interest rate will be calculated by -0.5%, in the same time the deposit facility rate will be 0.0% for the bank’s reserve less than the 6x threshold. So actually, the ECB has added a new tool to his monetary policy instruments by adjusting that threshold to become a lite brake to increase or reduce liquidity in the European banking system.

The reducing of the deposit facility was supported by another decision to restart net asset purchases under the asset purchase program (APP) at a monthly rate of 20 billion euros as of November 1.

According to Mario Draghi’s speech on October 19 at the 40th meeting of the IMF’s International Monetary and Financial Committee, the ECB expects these purchases to continue as long as necessary to reinforce the negative effects of current monetary policy measures.

All of this looks good, but the fact that the European banking system is suffering from this long-term Negative interest rates, not to mention the impact on insurance companies and pension funds that have real difficulty in adopting the negative interest rates, especially as the eurozone seeks to complete the Unified European Retirement system.

In any case, the bottom line is that, following the recent ECB monetary policy changes, it makes sense that this October meeting will be a meeting of watching only without making any new adjustments, but we will certainly see farewell to the third President of the European Central Bank, Mario Draghi, the man who He served for eight difficult years passed the euro area.